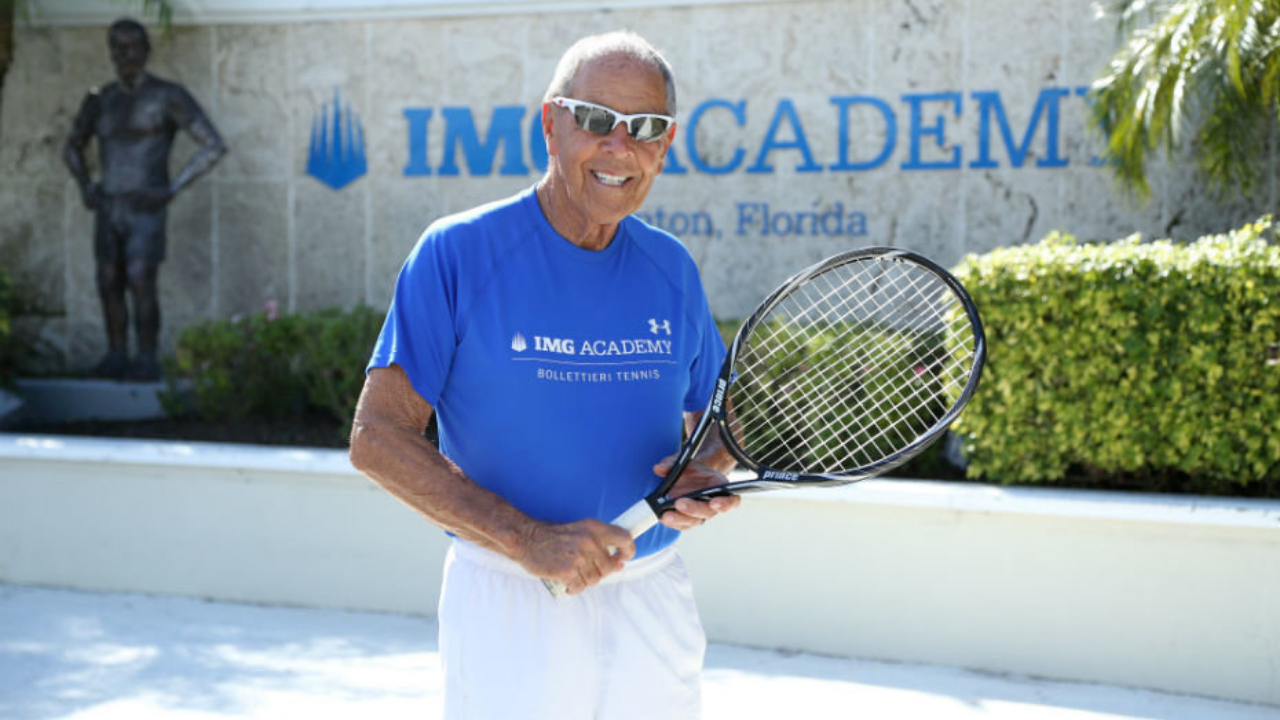 Overcoming Imposter Syndrome can be easier than you think

Overcoming Imposter Syndrome can be easier than you think

You probably don’t know this, but I have a photo of Nick Bollitierri hanging on my wall.

You may be asking yourself: “Who is Nick Bollitierri?” and “Why should I care?”

Both are very fair questions.

Here is why I have a picture of Nick Bollitierri on my wall...

Something that every single person deals with at some point is Imposter Syndrome.  Even the best have asked themselves at some point: “Who am I to do this?”

This is a natural feeling; particularly when one is venturing into a new endeavor.

The fact that we are doing something new - and putting ourselves out there - can be a little nerve racking.

Additionally, when we don’t see ourselves as The Best, we then have a tendency to doubt.

First, a strategy to work through it (hench, my photo of Nick Bollitierri).  Secondly, I want to shed light as to why or who gets Imposter Syndrome.

As I began my identity shift into the coaching realm, I had many days of questioning myself as to whether or not I was qualified to help others.  I felt that because there were certain business strategies that I knew would have been good to implement, the fact that I didn’t implement ALL of them made me feel like… well, an imposter.

If we all looked for validations that told us “Yes, you are” instead, we would all be in a much better place in our respective lives.

I have said many times that Comparison is the Thievery of Dreams.  And, I’m going to say it again later in this blog.  However, the right comparison can help you break through the feeling of not being worthy.

This brings me back to Nick Bollitierri.

Nick is in the International Tennis Hall of Fame, recognized as the best tennis coach ever.  He led no less than five players to the number one ranking in the world.

Nick must be a pretty amazing player himself, right? I mean, doesn’t it make sense that you can take someone only as far as you’ve taken yourself?

He never played any of the big junior tournaments as a kid.

In fact, Nick Bollitierri was what we call a “hack”, at best.

He didn’t possess all of the skills needed to be the best player in the world.  Heck, he could barely keep a ball in play.

Yet, he is in the International Tennis Hall of Fame as the best tennis coach ever.

His picture reminds me that one does not have to be the best at something in order to teach it.  All of professional sports is filled with great coaches who have won multiple championships who were not great players themselves.

Who can be the Bollitierri, or the Charles Schulz, or the Abraham Lincoln for you?

Or, perhaps better yet, who is your Muggsy Bogues, or your Spud Webb?

Who are those guys?

Bogues and Webb are two of the shortest guys to ever play - and START - in the NBA, a league known for giants.  Bogues, at 5’ 3”, had a nice playing career in the League.  Webb, also a starter, actually won the NBA Slam Dunk Competition at the 1986 NBA All-Star Game!

Talk about laughing in the face of Imposter Syndrome!

How Bollitierri made it to the Hall of Fame is simple.  And it leads me to point number two.

He committed to being the best coach he could be.

What I have come to realize as Josh, Kevin, and I have helped over 250 clinicians, collectively, is this:

The more committed one is to their pursuit, the less that Imposter Syndrome rears its ugly head.

The reason that Imposter Syndrome hits us is that we begin to compare ourselves to others who we perceive as being much better than ourselves, or having more success than us.

Again, Comparison is the Thievery of Dreams.

In this instance, if you are struggling with Imposter Syndrome because you see how well another colleague is doing, I challenge you to do a self audit.

Putting in the reps… This reminds me of a story.

Years ago my former brother-in-law wanted to go hit some tennis while on a family vacation.  After hitting the ball around for a while, he wanted to see how well he could return my serve.  Note: I played D-1 college tennis at Wake Forest University.

My brother-in-law challenged me to “bring the heat”; to which I obliged with joy.

The end result was that he was unable to touch a single one of my serves.

Afterwards, his wife told me that he was somewhat depressed that he couldn’t match me on my serves.  What I then shared with him (and the point of this particular story) is key.

I said: “Michael, you’ve got to remember one thing.  You have always stepped onto a tennis court maybe 1-2 times every three to four years.  And you’ve never had a lesson.  My entire life (to that point) has been tennis.  I’ve devoted my life to tennis since I was 10 years old.  I have hit thousands upon thousands of practice serves.  Don’t look at your inability to perform at my level as a failure.”

Regardless, and even if the person(s) to whom you are comparing yourself is equal to you on a timeline, I can promise that one thing is true.

The reason that the other person seems to be having more success, and more “luck”, is that they have committed themselves to their business.  They are all-in.

So often are the people who are feeling down who have not fully dedicated themselves to their dream.

If Imposter Syndrome is a struggle of yours, try looking for affirmations that you ARE good.

And have discernment over to whom you are comparing yourself.

Finally, commit yourself to your journey.  Immersing yourself will soon wash away the evil monster.

You know, another great way to overcome Imposter Syndrome is to surround yourself with people who are in the same boat as you, so to speak.

Knowing that others are moving in the same direction as you, and can give you support goes a long way.

We are hosting a LIVE event this Oct 7-10 in Plano, TX for clinicians just like you to come together!

There is no doubt that being in-person will give you lots of energy and momentum needed to move you forward! Go here for details and to register.