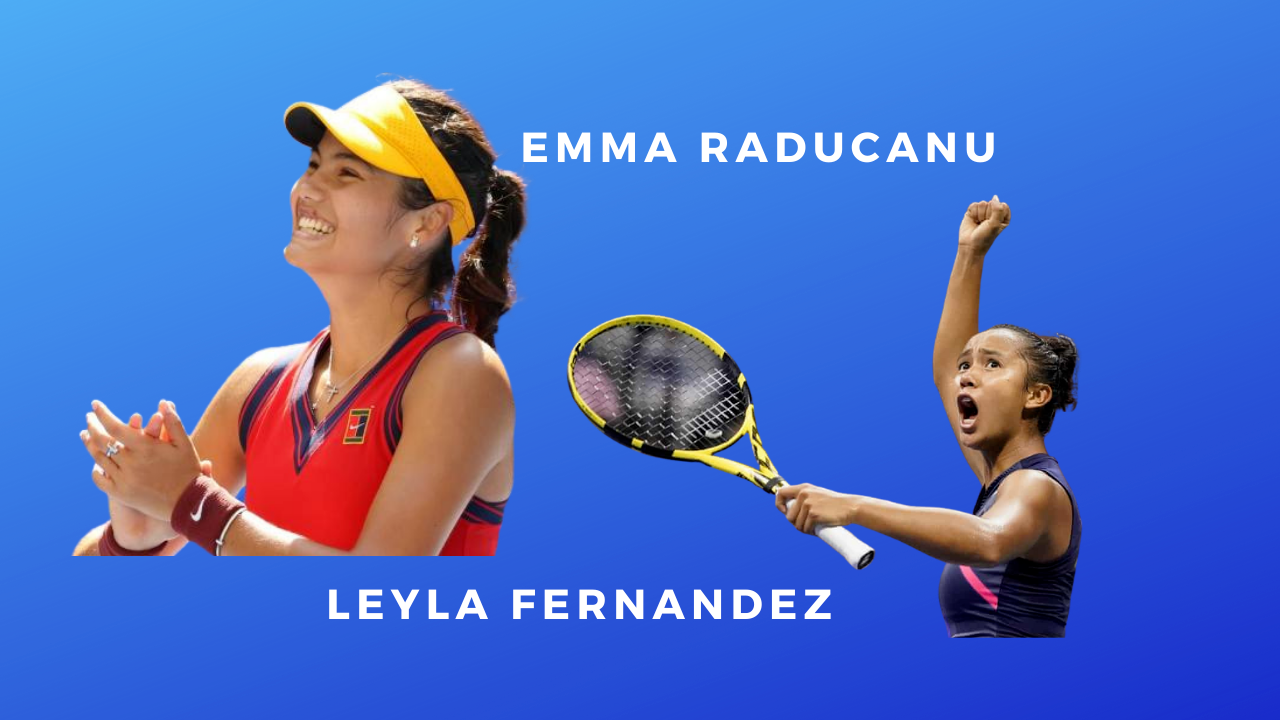 Valuable lessons from this year's Women's US OPEN tennis

Valuable lessons from this year’s Women’s US OPEN tennis

Along the way, have fun!

Are you a tennis fan?

However, I haven’t watched much tennis in the past few years.  But, boy am I glad I watched the recent matches in the Women’s US OPEN tennis tournament!

This year’s Women’s Final produced two teenage finalists - the first time since 1999 - Emma Raducanu (18 years old) from Great Britain, and Leylah Fernandez (who turned 19 during this year’s tourney) from Canada.

Each of their respective paths to the final are inspiring.

Their stories together? WOW!

As I watched their semi-final matches, I couldn’t help but to start to think about what we could learn from their performances.

To get to the lessons, their backgrounds first need to be recognized.

Raducanu is the first person - male or female - to ever make it to the finals of a major tennis event after having to play their way through the qualifying rounds during the Open Era.

This year’s US Open is only the second major event that Raducanu has played.  For Fernandez, this is her sixth major tournament.

If you were to bet on either player to make it to the finals and win, then you have a big payday coming.

The odds for Raducanu to win the tournament were 100:1.

The bookies were even less confident about Fernandez, making her a 200:1 odd favorite.

Yet, here they both are in the Finals of the Women’s US OPEN tennis.

When Raducanu was asked about how she would approach the Finals match, she simply stated: “Hey, I’m just a qualifier.  There are no expectations on me.”

And then she let out a big laugh and smile, as if she had just shared a funny story with her best friend - who would be in high school.

Of the five players that Emma faced in reaching the Finals,  Raducanu beat two of the top 20 women in the world - well above her in the standings.

Fernandez’ march was even more impressive.

Four of her five wins included defeating three of the top five seeded players in the tourney; plus a former world #1 ranked female.

She, herself, is ranked #73.  Her previous best in a major was making it to the third round.

So, now that these two young teenagers have exceeded expectations and crashed the Women’s final, what can we learn from all of this?

I can think of at least seven lessons to be gained.

First, we are never too young to be able to achieve what we most desire to achieve.

If you are a new grad and you want to start your own business, there is no hard rule that says you have to wait.

Secondly, despite what the odds may be, ultimately, you are in control.

If you want it, fight for it.  And don’t listen to the odds - or, in this case, the naysayers.

Something that a lot of people struggle with is Imposter Syndrome.  In fact, that was the topic of last week’s blog.

But these two young ladies didn’t let Imposter Syndrome get to them.

It would have been easy for them to fold under the pressure of playing higher ranked, and more established players.  Instead, they each took a step forward.  And they stepped it up with confidence.

When we can recognize that, to our customers, we ARE the expert, then that sinking feeling of “Who am I?” starts to fade away.

There is no way that either of these gals could have made it this far - especially with the pressures each faced in their respective semi-final matches - if they did not believe in themselves.

Time and again, players - and budding entrepreneurs - fold under challenging pressures which typically is a result of a lack of belief.

More than belief, these two players have amazing work ethics.  Both are driven to succeed.  They know what they want, and they have dedicated themselves to making sure that they do everything possible to live out their Why’s.

To get there, each has surrounded themselves with a team to help them to excel.  A team of the right people is important for showing you the steps to take in order to move forward.

Additionally, a well-rounded team can help you to work through periods of self-doubt, self-sabotaging, and other moments of weakness.

Many, many times we have heard clinicians say that they don’t know that they would be able to compete against the established clinics, or the larger hospital systems.

Your size and the youth of your business does not matter.  What matters is that you have the desire to succeed.

When you can communicate clearly, show up consistently, and display confidence, you will find success.

Finally, perhaps the most important of all the lessons, is that Raducanu and Fernandez both made their journeys fun.

Yes, each put in the blood, sweat, tears, and the sacrifices to achieve.  However, by the displays of their raw joys in their semi-finals post-win interviews, neither of them have lost that “childhood” about them.

Both competed like seasoned champions and true warriors during their matches.

But when the competition was over, there was no denying that they were happy teenagers enjoying, and cherishing their journeys.

In the end, it was the qualifier, Emma Raducanu, who prevailed.  Amazingly, she won all 10 of her matches (qualifying included) without losing a single set.

With tears flowing as if her high school sweetheart had just broken hers, Leylah told the crowd that she was “Very proud of (her) performance over the past two weeks, and having the NY crowd behind her, cheering her on meant everything in the world (to her)”

She went on to acknowledge that on this day 20 years ago, New York was brought to its knees.

Her hope was that she could display as much resilience as New York has in coming back.

… the insight, thoughts, and compassion of  someone barely 19 years old.  Proving that “age” doesn't matter when setting out to accomplish great things.

When you are ready to begin your journey, you know it.  Nothing or no one should hold you back.

Thank you so much for reading our thoughts each week.  We truly hope that they help you to move forward in your week so that you can come closer to your personal legacy.

BTW, are you looking for a team that can help you to overcome the odds and win?

Perhaps the UNCAGED CLINICIAN coaching team is what you need.

To start to learn more, the first step is right here.